I wanted to be a wolf when I was five.

I wanted to be a velociraptor when I was six. At seven, I was sure I’d be a historian or a docent at the Natural History Museum. Age eight to thirteen are unclear in my memories, probably because my brain wasn’t fully formed yet and it was a daily miracle that I didn’t accidentally walk into opposing traffic. I danced and sketched and sang a lot; I memorized the extended versions of The Lord of the Rings movies aaand recited them on long family trips. At fourteen, I wanted to be an airforce pilot or paratrooper. I don’t really remember fifteen, but I probably wanted to be a researcher of some sort. I almost signed up for an interview with a military recruiter when I was sixteen, but the thought of having to tell my mother stopped me. Don’t worry–I also wanted to be a professional dancer that same year. At seventeen, I considered minoring in math because I was so bad at it, and it would be the closest thing to defeating a dragon. I was set on speech writing when I was eighteen. At nineteen, wrapped up in the university experience, I wanted to be an academic writer but settled for delightful half-baked fantasy concepts. I briefly studied for the LSAT–until I stood up in the middle of a group study session and very dramatically declared, “I can’t do this anymore.” When I was twenty, I just wanted to get a job that paid me something. Over the next six years, I vacillated between joining the military, singing professionally, getting a degree in physical anthropology (I watched a lot of Bones), songwriting furiously until 3am and seriously wishing I could become an actual velociraptor.

In April, I will be twenty-seven. And I ask you, when can I let go of a dream?

When can I stop trying to convince myself that literally anything is possible? I don’t mean to be depressing, and if you’re still committed to believing that anything is possible, carry on. But, these days, the promise that, “You can be, do or have anything you believe you can” is beginning to sound less like a call to freedom or a fulfillment of desire and more like cultural tyranny: “You BETTER believe you can be anything. Because, if you don’t, you’re one of ‘them‘–the simple ones. The forgotten masses. The people who don’t change the world. The ones whose lives are utter drudgery.”

Tell me more of this drudgery.

I think it might be my speed. Also, murky cultural authoritarianism: I hate it.

Unbridled chaos can be overwhelming and destructive. And I would argue that believing all things are possible, giving as many potential outcomes as equal a shot as you can, qualifies as flirting with total chaos. It’s the paralysis of choice, the paradox of the fact that living in a world where anything is possible means living in a world where anything is possible. The burden is good but also terrifying. We’ve got the first part, the part that feels nice and makes great social media posts–you can do whatever you put your mind to and, thanks to the internet, that’s truer than ever–but what about the necessary second half? The responsibility part? Even the best can only juggle so many flaming torches. Do we ever examine what is possible, test honestly then just…let go? And can we see this not only as not a defeat, but as something actually good?

In ballet, if you don’t start dancing seriously by the time you are six (or earlier), you will most likely never put in the technical hours required to get on pointe by twelve, and you will not be able to compete at eighteen. And if you don’t get into a company–regional or otherwise–by age eighteen, the odds of a classical ballet career are fairly slim. But then there is the fact that every exception ever is logged somewhere on the internet and right at your fingertips:

One girl starts dancing at fourteen and gets into a prestigious company right out of high school (yeah, true story), and her awe-inspiring tale does the rounds in the emaciated classical ballet world, encouraging those of us who might have started late–say, at eight years old–and don’t have the right feet or hyperextended legs or a chorus line skin tone. Thank God for Misty Copeland. And I would say that this dreamy, burning over-commitment is largely harmless when kids are eleven and twelve. Heck, they’ve just gotten out of the magical thinking phase. But there is a darker side to it.

When I was fifteen, there was a twenty-three year old dancer (so old, I know -_-) who took open classes at my OC studio, where we had a weekly schedule based on skill level, and danced 4+ hours every day. I remember that she was good, very very good. At twenty-three, she had most certainly put in the hours; her technique was, in fact, flawless. But she was twenty-three, with a body type that companies weren’t looking for at the time. Now, they are open to such divergences, but they weren’t ten years ago. And, despite all this, her mother had spent her entire inheritance on continually giving her daughter the best training. This dancer hadn’t gone to college and had no financial prospects. But it was like someone wouldn’t or couldn’t gently tell her that it was time to look at a different future.

To me, that is a horror story.

Of course, this isn’t to say that tomorrow I won’t wake up and find that this young woman has 1.2million followers on IG. She may already. But, then, even if she did, what about the person who sacrifices all and ends up living normally or, worse, badly? No one follows her on IG. No one writes an article about her. No one pulls her up as an example for chasing down your dreams. The savagery of it all is that, if things don’t work out in a IG-worthy way, people will say she just didn’t train hard enough, didn’t put in enough hours, shouldn’t have had that dream in the first place, or any number of other explanations that all have the benefit of hindsight. So the question remains.

Do we sacrifice reality on the altar of our dreams?

A professional dancer didn’t start dancing until fourteen. One boy failed high school but created an app that just sold for a gazillion dollars. A cat defied general experience and demonstrated affection for its owner. You get the point. Not only are we told that every dream we have should be pursued, but we are discouraged from critically examining them. We haven’t learned the crucial second half of a powerful equation. It seems we will have to teach it to ourselves.

Statistically speaking, it is impossible that every thought, every fancy, every dream you have over the course of your life–see the first paragraph–will or even should happen. And that isn’t necessarily a bad thing. In addition, though I believe in hard work, while a lion’s share of your future depends on you, a good deal of it doesn’t. Yet it often feels like we say this, both to ourselves and a younger generation: If you have a dream, whether it doesn’t happen has nothing to do with time, habitat, inherited genetics, other people. It’s all on you. In so doing, we bring others into the tyrannical chaos of having every choice, but not being able to achieve because we did something wrong or, at least, didn’t do something right. Makes my palms sweat.

I know, I know, I’m probably oversimplifying. After all, the word “dream” is vague. And I know that the freedom to do anything can break self-made or culturally-made shackles. I don’t deny that good has come from it. But still.

Anything that becomes a chant can be a tyrant.

Because what if a dream was a stupid dream (i.e., me minoring in math)? You don’t expect a blind person to see, or a math major to write poetry as well as he computes; you don’t expect a lifelong tennis fan to know the rules of curling or a heavily built man to be a jockey. Yes, there are polymaths, but a sprinkling of practicality can only serve to enrich a person’s journey. Because, what if, by admitting that not every dream is possible, we free ourselves to fully examine them, mine them for truth then clear space for dreams that aren’t so much dreams as obvious reality?

For example, I have been writing since I was six. It wasn’t on my list of most exciting, momentarily galvanizing dreams. But I write. That’s reality. And living in reality is incredibly rewarding.

One giant caveat before I sound like I know what I’m talking about, or I start believing that I actually do:

I don’t know what I’m talking about.

In fact, I am writing as I think about this, so I have already said or will probably say something wrong and possibly offensive. These ideas are still more an intuition than anything else. You’ve been warned.

To conclude, I think dreams you have in childhood and youth are important. Embracing them is good. Sacrificing honest reflection for them is not. Some are far more important than others, but they all say something about who you are and where you need to go.

I think my desire to be a wolf or velociraptor had to do with a desire to be the dangerous one, and not the victim. My respect for the military is rooted in a desire to be part of something bigger than myself, to be honored, to have purpose, and to live in an orderly way. My sketching, songwriting, poems and love for dance stem from a desire to create. Wanting to be a docent echoed my love of history. Considering a math minor reflected my need for a challenge. I had some of these dreams for months or years, certainly long enough that if I told someone about it, they would likely say, “Go for it! You can be anything you want to be.” It doesn’t mean that by not seriously pursuing any or all of these that I am betraying my purpose. It isn’t necessarily a defeat.

Perhaps these dreams were simply there to tell me part of a story about myself. I just made them into mountains. I turned them into tyrants. 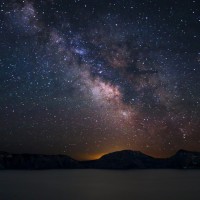 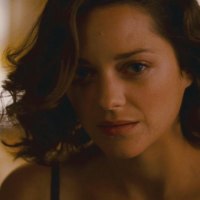 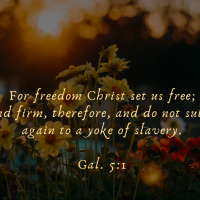